Don’t let Pacifica national mine OUR listeners with a Fund Drive directly to them over OUR airwaves!
Beware of strategic planning and retreats, AKA brainwashing sessions!
They have taken power at the ‘top’, don’t go for their too expensive Get-rich-quick bright ideas! There’s no free lunch.

They don’t count these until the night of the election, after the networks have called the election. Please vote in person-it’s a one-shot against voter suppression. Trump is in power and is sabotaging the other kinds of votes.

That is not entirely correct. MANY jurisdictions begin counting mail-in ballots (the ones that have arrived early, in any event) well before Election Day.
While voting in person may be a good idea for those healthy enough to risk it, they also risk finding they’ve been purged from the roles if they wait until Election Day. And, of course, in jurisdictions which force voters to vote on a 100% unverifiable touchscreen voting system on Election Day at the polls, they should DEFINITELY vote with a HAND-MARKED paper absentee ballot (though delivering it in person on or before Election Day is a very good idea.)
Brad
Standard

While obviously biased, Pacifica Watch has lots of info on Pacifica:
https://pacificaradiowatch.home.blog/2020/08/02/shortly-posts-will-be-made-of-completed-june-july-drafts-not-least-about-a-dish-best-served-cold-pacifica-suing-john-carlo-vernile-former-ed/ 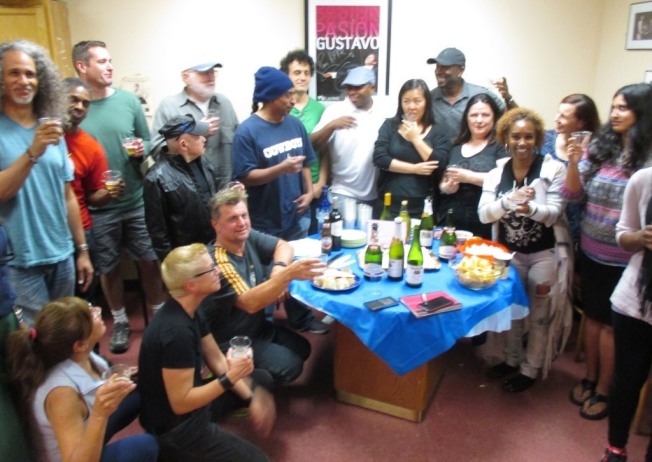 Excerpt: “…ch a diminution (by-law Article 17, Section 1(B)(3)(v)). Yes, that again. The right affected is that of voting, by making it more difficult to vote on a by-laws amendment brought by just one of the three possible routes, a members’ petition: the threshold has been raised from 1% of members to 5% (so today, from ~435 to ~2 175). How difficult is this? At the last LSB voting round, Aug-Oct2019, a provisional 6 085 voted; given this, it can be said the effective threshold has been raised to something like 35%, a third of typical voters, so beyond the clouds, from 7.1% to 35.7% (435 ÷ 6085, & 2175 ÷ 6085). (The 6 085 is provisional because National Elections Supervisor Renee Penaloza, presumably breaching her contract, still fails to submit her final report!) Silly question I know, but before voting on Th25June did the PNB inform themselves by getting an estimate of the cost of litigation? https://kpftx.org/archives/pnb/pnb200625/pnb200625_6541_minutes.pdf (pages 9-11)
on a matter that no-one would deem trivial, & is indeed a test of morality, why were all the directors silent, even those from KPFA? And what about Margy Wilkinson’s dad, & the forgotten Smith Act?
(A post will not be made on the unsavory attempt to remove PNB Chair Alex Steinberg (WBAI listener-delegate) & PNB Secretary Grace Aaron (KPFK listener-delegate) from their positions, Th2 & 9July. Pacifica boards are nasty. Toxic. The dynamic brings out the worst in people. It’s as if they enjoy their symptom. Here, yet again, the observing ethnographers were able to record a typically sly manoeuvre by Chris ‘Cowardly’ Cory (KPFA listener-delegate). This time it was a sorry-I-couldn’t-get-the-motion-to-you-in-time-for-the-proposed-agenda-as-I-was-still-writing-it (8:56, https://kpftx.org/archives/pnb/pnb200702/pnb200702a.mp3 & https://kpftx.org/archives/pnb/pnb200702/pnb200702_6464_minutes.pdf). There’s a pattern here. His most disingenuous was when he was Chair of the PNB Finance Cttee the day after the WBAI coup, faking amnesia (what-day-is-it?), feigning ignorance, then largely faking empathy, laced with guilt, wrapping his arms around R Paul, WBAI’s treasurer, “I-I-I I can’t express how much grief I have over this-this last-uh few days […] I don’t have words for it […] if it were my place to apologise I would” (0:01, 5:40, 20:37 & 27:46 https://kpftx.org/archives/pnb/finance/191008/finance191008a.mp3, & 1:05:41 https://kpftx.org/archives/pnb/finance/191008/finance191008b.mp3). Self-denigration is a sorry spectacle. And as mom must have told him, no-one likes a liar.)
why are directors choosing to omit a lil detail in their latest reports to their local station board, that the PNB has rejected an offer to buy WBAI’s broadcasting licence? (Note, this was not a proposed signal swap.) …”
https://pacificaradiowatch.home.blog/2020/08/02/shortly-posts-will-be-made-of-completed-june-july-drafts-not-least-about-a-dish-best-served-cold-pacifica-suing-john-carlo-vernile-former-ed/

Excerpt- “On 2Apr2018, Executive Director Tom Livingston committed Pacifica to the biggest debt in its history, signing the $3.7m loan from the Foundation for the Jewish Community, known in the wider world as FJC.

Pacifica was proud of the new form it had pushed its debt into. It issued a press statement, still on the websites of KPFK & WBAI: https://www.kpfk.org/blogs/kpfk-and-pacifica-news/post/pacifica-announces-settlement-with-empire-state-building-and-empire-state-realty-trust/ & https://www.wbai.org/articles.php?article=3570.

So proud, the statement to the world included this from the then PNB Chair, Nancy Sorden (who’s still a director & WPFW listener-delegate):  “

The stations got a windfall when the Bushes were in office, and they did too much hiring.  Always happens when Repubs. are in office, and in the ’60s.
But KPFA is in ‘hippie heaven’, and always makes plenty of money.  ‘Frisco area is about the most lefty place in the country, one of the most in the world, they support their lefty radio station.
When they have had money problems it’s because overextension and/or mismanagement.
It has had to subsidize the other stations (and Pacifica Radio Archives and National Office) most of its life, except for sometimes KPFK.
KPFT does many things with tech, and spends less on staff.  They are wise enough not to program too Lefty in high listening times,, and live within their means mostly.
We need KPFA but they are too willing to spend money as they see fit, because they somewhat subsidize the rest of us.
Why do they do things?  Because they can.
KPFA never needs to downsize probably, but KPFK and the others do.  The CPB requires 5 full time equivalents at each station.
In programming, stations need a mix of paid staff and volunteers.  Some of KPFK’s paid staff well pay for themselves in fundraising, some don’t.
Managers in the past let some paid staff go.  IMHO K needs to go back to using some volunteer board-ops and newsies and other tasks.
When I hired on, everyone was a Department Head, with only volunteers for Department workers.  We had only 5 full time equivalents.  We made $2000 a day, on a good day.  Of course that was in 1985, now it would be $4766.  We were in the midst of a bad disaster, which showed in the programming.
I lived without a refrigerator, I know how to downsize.
While Pacifica Radio Archives is in KPFK”S building, it should share their expenses.  It should fix its website so that it would make money, not drain it off, like WBAI.  BAI is in terrible shape.  They have bad smug attitude problems.
Pac. should deal with its bad smug and elitist attitudes.
Some shows stay on because they are such a community service, even tho they don’t make much in fundraising, including news.  Judge one case at a time.
Put the National Office back in KPFK’s building, have them share the costs, make it harder for KPFA and National to bypass due process to spend network money.When I hired on, National and the archives together had about 5 FTEs.  S. 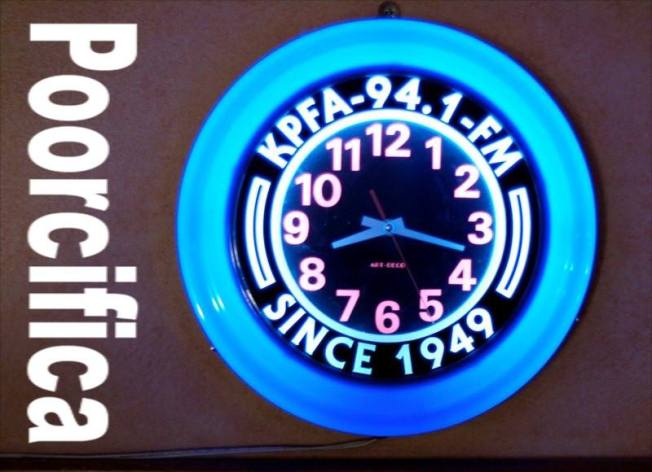 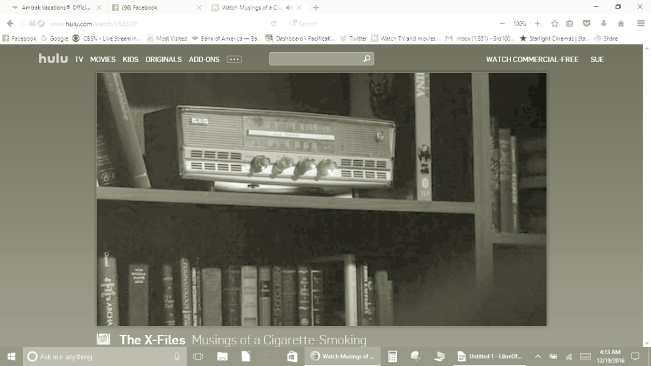 Pacifica. stations: They have to face the facts of our new age of internet on line media and blogs etc., and downsize.

Your station stands for your views, not some faraway centralized government. Give your support money to your local workers whom you know and hear from frequently. Of course you don’t agree with all of them, but the station is always trying to find the best dependable workers with the right skills and information and culture.
S.

What the heck is happening here: https://www.counterpunch.org/2020/03/27/statement-from-striking-truthdig-workers/?fbclid=IwAR2v4DYGAzjMBkLowfVMdzboVJo_aBZrYDu2b0Lc2EX60CG0lU8IOwpAzos
Excerpt: Two weeks prior, we had begun a work stoppage at the website to protest unfair labor conditions, promising to return to work if Truthdig’s publisher, Zuade Kaufman, committed to negotiate with us in good faith. She did not. Instead, she opted to disable reader comments across the site and place Truthdig on “hiatus” during a global pandemic. Now we were learning that Kaufman planned to shutter the publication completely. Her goal, which she seems determined to pursue at any cost, is to eject co-owner and Editor in Chief Robert Scheer from the company without honoring the terms of their operating agreement. . . .

” Highlights, the changes in only nine weeks:

There are just no quick and easy fixes for Pacifica radio or stations. All the great ideas are labor and overhead intensive and killer on the staff. Don’t assume that a big change, like changing the by-laws, will be better instead of worse.
If we all just did our jobs well, and elected good local board members (that we knew by social media), and stop putting too much energy into the internal fighting, all would be well ‘in the garden’.
The fight between the more and more Leftyish and the more cultural and more full stream will always be there, as it should be. But all of us left-of-center are part of ‘The Struggle’. And should pull together. (Those nearer the center often pay for the rest of us.)

Excerpt: “I ask you to let the 2016 presidential campaign be a cautionary tale. The actions on the Left were unwilling to coalesce when it really mattered. You don’t need me to recite all the consequences of that failure and if the memory of the 2016 campaign doesn’t scare you, nothing will. “

Excerpt:  “…Pacifica Foundation, Inc. has engaged two specialty firms helping us with the tax lien for KPFA and the transmitter property as well. Both firms have clearly made this a priority. The law firm helping us with the tax exemption has great expertise in this particular area and the lawyers and [sic] communicated with someone with the authority to grant us some status relief, pending the submission of our exemption application by Friday, February 14. Relief regarding the lien is not guaranteed, but I think we can be cautiously hopeful. KPFA produced the final financial documents needed for both properties on Thursday, February 14 [sic: the 13th].

However, it is also the case that the Organizational Clearance Certificate I sent them which we’ve always used, and which grants the Pacifica Foundation, the property tax exemption status as a non-profit entity, must be reapplied for. It turns out such a Certificate had to be applied for when the name was changed in 2013 and again when we changed it back in early 2015 to Pacifica Foundation, Inc.. That further complicated the application attempted by KPFA during that same period. KPFA already had a reduced tax amount as a result of previous tax exemptions applied for, but the subsequent one was intended to render the properties totally exempt from taxation. The lawyers also believe all of Pacifica’s properties should qualify for full exemption status….”

“…As the situation progresses toward resolution, I will update your PNB directors [sic].

I didn’t know that she was in charge again!