It’s a business, stupid.  We need separation of church and state, and checks and balances.  We need to make sure that our ideologies don’t disable our organizational proper functioning, and vice versa (balance).

It’s Up To You Now

Berkeley – On January 23, an Alameda County, California courtroom decided to allow 600 members to force their late-submitted anti-democratic bylaws proposal to a referendum vote immediately at the expense of Pacifica’s membership. The January 23 decision pauses the results of the last delegate election, which 6,085 members participated in. It delays the seating of national board reps selected by newly-elected delegates and keeps the outgoing national board unwillingly frozen into place for another seven weeks. Each Pacifica member faces a bill of approximately $1.50 each for what will be the third nationwide election in little more than a year. Ballots are expected to go out in mid-February.

This publication had previously suggested that Pacifica members would be well-advised to simply ignore these bylaws ballots should they receive them. But we are now changing that advice. On further review of this ill-advised proposal, we strongly recommend a loud and decisive “NO” vote. We will talk a bit about why below.

For those who want to climb into the weeds, (and pretty much everyone now has too), Pacifica in Exile has prepared a detailed guide called 31 Things About The New Bylaws Proposal. You can find it here. Please distribute widely.

Below we will highlight a few general points about the Pacifica Restructuring Project proposal that you should keep in mind.

1. The referendum the Court forced despite the lateness of the original proposal is NOT a referendum on the current bylaws, but on this specific proposal. This proposal was drafted in secret by less than a dozen people and never vetted beyond this tiny group before being foisted upon the network.  Acceptance would impose a permanently un-elected national board majority. The proponents generally argue on the basis that the current bylaws have problems, which is a position most would agree with. But instead of putting their proposal up for broad discussion as one possible alternative among many, they have short-circuited dialogue and proposed an ultimatum: their way or the highway. These are not the values a community-based membership organization should espouse.

2. The new bylaws proposal installs immediately, 6 particular people, who would compose a permanently un-elected majority on an 11-person board. Those 6 seats would be filled by other national board members into infinity and this group would be free to operate the Foundation more or less as they please, since they have an absolute majority and can establish the board quorum of 6 entirely by themselves. The installed directors require no consent for any board action d by the pro forma member-elected portion of the board (5 seats – 1 from each station signal area). In other words, in this model you get a vote, but it is only symbolic.

The original proposal, which was sent to 47,000 Pacifica members and signed on to by less than a thousand of us, named 6 individuals and 3 alternates. Of those 9 individuals, two have dropped out since the proposal was floated in September. Of the 7 remaining, only 2 have media experience. The most heavily represented constituency is civil rights lawyers, who compose 3 of the remaining 7. 2 are based in the San Francisco Bay Area, 2 in Texas (the smallest Pacifica signal area) and 2 in the Midwest, a region which does not have a Pacifica-owned station. None are located on the Eastern seaboard where Pacifica maintains WBAI-FM in New York and WPFW-FM in Washington DC. None of the 7 people asking you to install them has made a single public comment about what they will do if placed on the board of directors.

3. We encourage you to read the full 31 Things About the New Bylaws article. Here is a quick touch on a few of the salient changes:

* While your vote drops in value from 4 seats on the national board to 1 minority seat, the cost of that vote doubles to $50/yr from the current $25/year.

* There is no residency requirement for a sole elected station representative on the national board.

* Quorum drops to 5% for future changes to the bylaws including station license sales.

* While there are nominally 5 member-elected directors (1 from each station), they are not only a permanent minority, they are prohibited from serving as the board chair or board treasurer. Only the self-appointed directors can chair the board or serve as the treasurer.

* Conflict of interest rules for board members are loosened so that any claim that a director has a “personal interest” in a board decision can keep them from voting. This explicitly allows the prevention of directors from voting as happened with the exclusion of WBAI’s representatives from voting on the raid of their station. That action was thrown out by NY’s Supreme Court as “trumped-up” based on the current bylaws. It wouldn’t be in the future.

What Will Happen If These New Bylaws Are Adopted 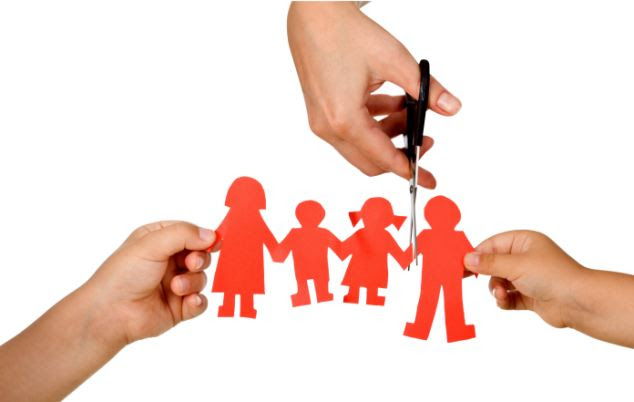 It doesn’t take a crystal ball. ​After 7 weeks of bylaws election, then Pacifica will have to have 5 more elections, one at each station, to select a new sole station director. After that is all over, this new board will finally sit down and realize they have a loan principle payment of $3.2 million due in less than a year. The new board will panic, examine their assets, and immediately call yet another election seeking member permission to sell a station license. What else can they possibly do? What we are looking at is just another pathway to the unnecessary break-up of Pacifica. The people’s media assets, which are held in trust by the Pacifica Foundation, deserve better.

We know there are other answers. $1.9 million dollars was given to this organization in one calendar year in 2019 in windfall gifts. Loan obligations can be met, if we want them to be. Bylaws don’t replace the will to survive and putting the public interest first.

Vote to keep your membership rights and vote NO on the break-up bylaws.

If you value being kept up to speed on Pacifica Radio news via this newsletter, you can make a little contribution to keep Pacifica in Exile publishing . Donations are

secure, but not tax-deductible”

More: No paid or unpaid staff on the board. Both paid employees and any member of the unpaid staff including hosts, producers and technical staff are prohibited from board service.
Price of a voting membership goes up from $25 per person to $50 per person per year. This is a bigger annual donation level to maintain basic voting rights and requires $100 a year from couples if both wish to vote.
Volunteer for membership goes up from 3 hours to 15 hours a year. People who pick up memberships by volunteering in the fund drive room or tabling at events would have to book 5 times as many hours each year
Location of the Pacifica Foundation national headquarters. They place the headquarters of the national foundation inside KPFA at 1929 Martin Luther King Jr Way when the national office has never been permanently lodged inside KPFA and is in the process of moving to Los Angeles right now. All vacancies filled by board. If an elected station director resigns, their successor will be picked by the board with a dominant preselected majority, so in the event of a resignation by a station-elected director, that signal area will have no member-elected representative for as many as three years until the next election

To post here, let me know, I'll put you on the list. Other pages include other interests of yours truly.
Join 38 other followers