“Riding the waves at Pacifica radio, by Andrew Leslie Phillips 8/13

Andrew Leslie Phillips has written a short history of the Pacifica radio network, published below. He is interim general manager of Pacifica station KPFA in Berkeley, California.
Phillips is a native of Australia. He spent seven years in Papua New Guinea as a government patrol officer, radio journalist and filmmaker before coming to New York in 1975. He produced award-winning investigative radio documentaries on a wide range of environmental and political issues for the Australian Broadcasting Corporation, and for Pacifica station WBAI in New York City. He taught journalism, radio and “sound image” as an adjunct professor at New York University for 10 years.
The Pacifica foundation was founded in 1946 by poet and journalist Lewis Hill and a small group of pacifists, intellectuals and experienced radio people. They did not have the same political or economic philosophy but shared a vision which supported a peaceful world, social justice and creativity. ….
FM was a new, technology and Pacifica was backing the future, inventing an entirely new funding mechanism – the theory of listener sponsored radio. . . .
Equality of access to airtime has always been at the center of controversy at Pacifica and community radio everywhere. Most on-air people at Pacifica were not paid until the mid 1990’s. They volunteered and they made money to support the Foundation by pitching their programming on free-speech Pacifica radio. That was the deal. It was a tacit agreement – Pacifica provides opportunity and access whilst producers agreed to pitch and encourage on air pledges. By far the largest percentage of financial support for Pacifica still comes from listener donations.[2]. . . ”
http://www.radiosurvivor.com/2013/08/06/riding-the-waves-at-pacifica-radio-by-andrew-leslie-phillips/ 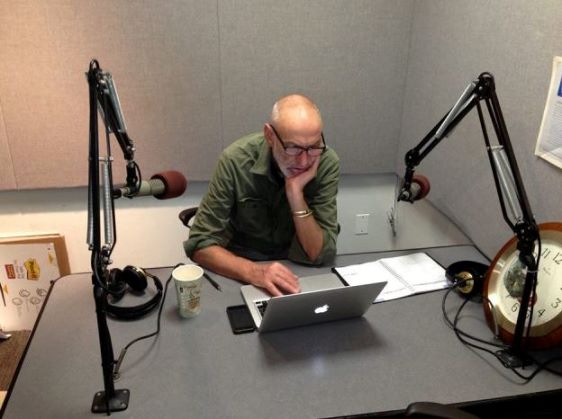 To post here, let me know, I'll put you on the list. Other pages include other interests of yours truly.
Join 38 other subscribers